Techies hate many things. They hate 3 hours’ worth of unsaved work and a crashing computer, they hate bad AIs, they hate slow internet. But the one thing that they really hate – a font? 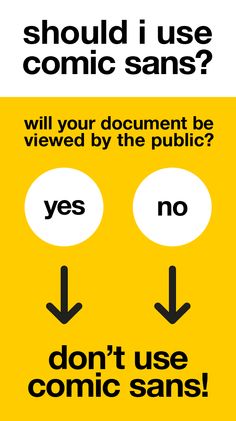 I admit there’s more important things to be worried about than the use of Comic Sans. There’s the Zika virus, IS and the refugee crisis for a start. But I can’t help getting annoyed every time I see a font, originally developed for children - now being used on police notices, gravestones and test papers. Designed by Vincent Connare, who describes himself as “the creator of the world’s favourite font”, in 1994 for a children’s guide to Microsoft computers. It didn’t make it onto the guide, but was included in Windows 95. Since then, it has grown in popularity – to the point where everyone’s using it. There’s even a movement to ban it, and people who feel strongly can vent their anger on dedicated Comic Sans hate websites. I’m not quite that far gone, I just… write articles about it? There are other easy to read fonts - why not try Calibri or Arial? They’re both dyslexia friendly, yet still Comic Sans seems to have risen above all others, like the Donald Trump of fonts – looking ridiculous and baffling the rational majority! A font designed for children, but used by adults… why? So be angry about the Zika virus, IS, and the refugee crisis but please, just don’t write about it in Comic Sans.