BEST ACTOR: Leonardo DiCaprio, The Revenant DiCaprio proves that good things really do come to those who wait. The Revenant may not have been DiCaprio’s best ever performance but the Oscar is well deserved following some astounding performances over the years. 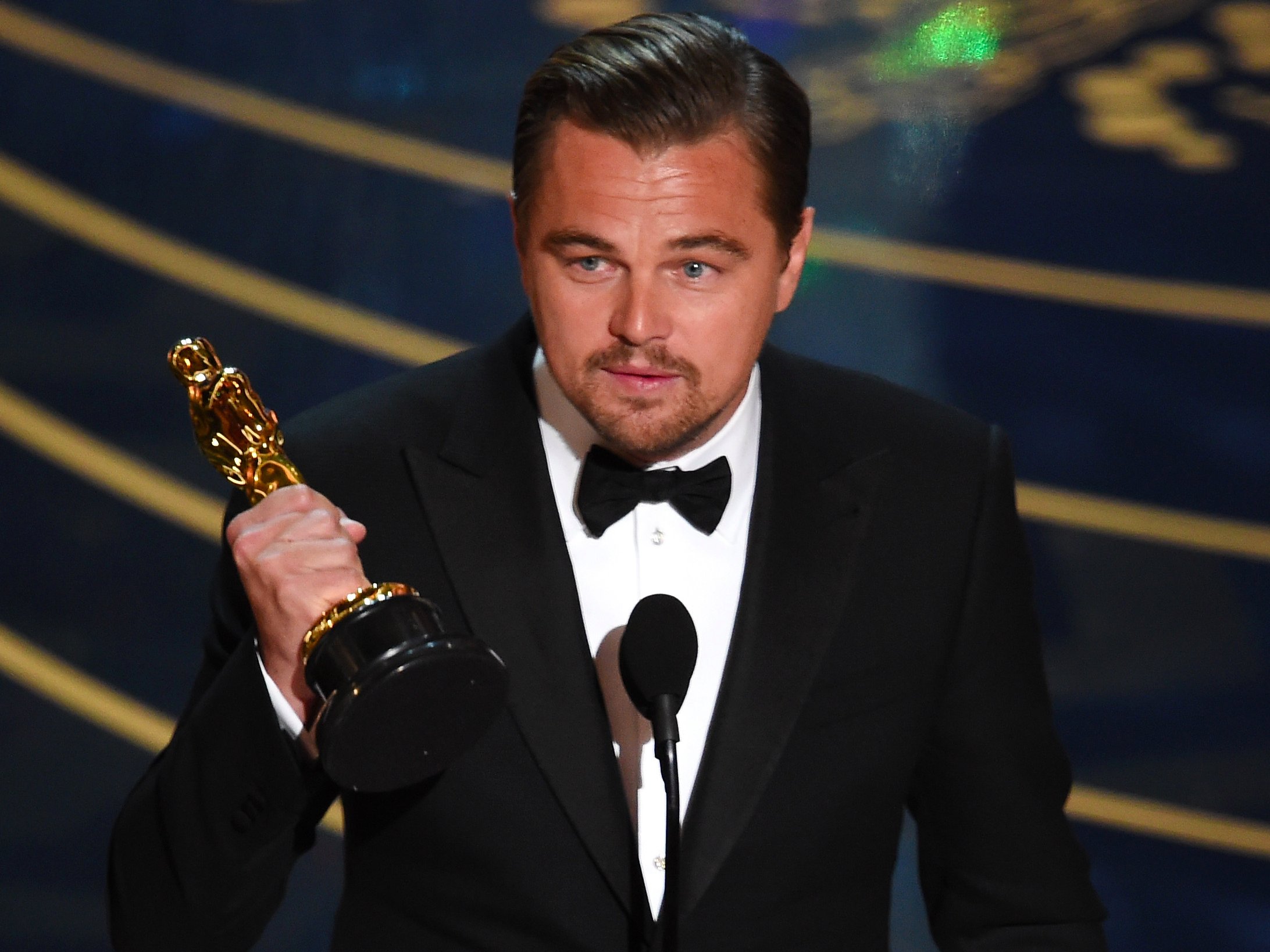 BEST ACTRESS: Brie Larson, Room A deeply moving exploration of maternal love and human resilience: Emma Donohue’s 2010 novel, adapted for the big screen in 2015, is an absolute must-read. By the looks of her award, Larson does the novel justice.

BEST SUPPORTING ACTOR: Mark Ryland, Bridge of Spies Tom Hanks has a special place in all our hearts, but Rylance stole the show in this Cold War Thriller. His ‘Standing Man’ monologue is guaranteed to bring a tear to the eye of even the cynics amongst us.

BEST PICTURE: Spotlight There was shock as Tom McCarthy’s biographical drama ‘Spotlight’ pulled the Oscar for best picture, trouncing big guns ‘Mad Max: Fury Road’ and ‘The Revenant’; but this award assignment was one of the Academy’s few honourable decisions this year. Following a group of Boston Globe journalists as they expose a network of paedophile priests. ‘Spotlight’ emulates the hustle and bustle of a newsroom whilst allowing the key cast’s team dynamic to shine through. Mark Ruffalo’s emotional explosion as the Globe’s exposé is delayed voices the rage that I felt simmering in the cinema as I watched McCarthy’s masterpiece unfold, rage at the realisation of the Vatican Church’s corruption and the apathy towards, and concealment of, such depravity. “Break the story, Break the Silence”. ‘Spotlight’ does just that.

BEST DOCUMENTARY FEATURE: Amy Through home video, concert footage and interviews, ‘Amy’ provides the audience with a rare insight into the complex life of a talented and troubled woman ill-accustomed to fame and exploited by those nearest to her. I was left in awe of Winehouse’s character and potential but disgusted by the media and their relentless insensitivity towards her depression, bulmia and substance abuse. The documentary’s power to alter the audience’s perception of Winehouse’s music is testament to its success.

BEST DOCUMENTARY SHORT: A Girl in the River: The Price of Forgiveness Documentary film-maker Sharmeen Obaid-Chinoy is breaking barriers left, right and centre, and her second Academy Award, this time for her documentary about ‘honour’ killings in Pakistan, will undoubtedly add to her momentum. “I was searching for a survivor (of an attempted ‘honour’ killing), and one day I read in the newspaper that a girl had been shot and put in a gunny bag and thrown in a river, and survived, and was in a hospital. So I went off to try and find that hospital.” And she did and in doing so Obaid-Chinoy brought a new focus to more than 1,000 girls and women who are the victims of murders of this kind in Pakistan every year.